Changing the face of digital learning in the workplace

Logicearth Learning Services prides itself on doing things differently and is passionate about changing the face of workplace learning. Established in Belfast and Dublin in order to provide the corporate world with a full range of e-learning services, Logicearth is blazing a trail in the industry, providing high-impact digital learning in a down-to-earth, practical way. In 2020, it was acquired by global company The Creative Engagement Group, a move that will see the company expand in terms of size and into new markets. 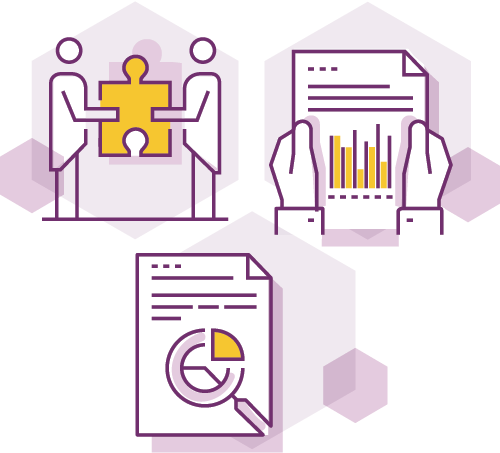 When Logicearth needed to carry out a deep dive research project in order to assist its creation of a new digital platform in the learning space, it asked Learnovate to help. A collaborative project involved Learnovate carrying out a detailed comparative analysis of the top HTML5 authoring tools. The result was a piece of work that allowed the founders of Logicearth to understand the global market more comprehensively and inform the company’s clients.

Peter Carlin is co-founder and co-owner of Logicearth, which he set up with colleague Paul McKay to provide the corporate world with a different way to approach training and learning.

“I could see that the world of training was changing. Looking to scale training within the classroom was not suitable for everything so I started to look at eLearning. Research was essential for us to ensure that we are going to succeed and we worked with Learnovate to help us with that,” says Peter.

In 2004, BT Northern Ireland took over BIC Systems, one of the largest IT services groups in Northern Ireland, where Peter worked. In the new organisation, it was Peter’s job to run training courses all over Ireland and across the globe. It was primarily high-end software development training for software and technical engineers but he also ran personal development training aimed at leaders and managers.

He started to research the online training sector in order to gain more experience and worked initially on this with Invest NI, which is Northern Ireland’s regional economic development agency.

“I wanted to develop a marketplace where live online technology classes could be scaled live over the internet. I wanted to build a prototype for this; a solid foundational example so I then decided to go out on my own and set up Logicearth to bring this all together,” says Peter, who was joined four months later by co-founder and co-owner Paul McKay.

“In the first few years, we sold traditional training and then developed relationships with platform and content providers and became resellers. But I am a curious person so I was always keeping an eye on what was going on in the sector.

“I had attended a number of the Learnovate free seminars and, four years ago, we signed up as a member as I could see the value it would bring to the company in the long-term. I could see the benefit of building a platform in the learning space and I asked Learnovate to help with this.”

In 2016, Logicearth commissioned the first piece of work with Learnovate – to develop a detailed comparative analysis of the top HTML5 authoring tools. Logicearth used an Innovation Voucher from Invest NI to pay for the project.

Peter says there was a very collaborative start to the project, with a project manager and a research manager appointed by Learnovate.

“We all worked together. I went in there with lots of ideas on where to point the project. It was very useful to have that collaborative approach and to feel that we were able to put our ideas forward and then Learnovate carried the project on from there.”

“The final product was comprehensive; hitting all my expectations in terms of the depth of analysis. Learnovate built us a really nice product and we loved working with them; they were very direct talking.”

Peter adds that the company hopes to secure external funding for further R&D and plans that Learnovate will be a “very important part of that”. As well as the project work, Peter finds being a member of Learnovate very worthwhile.

“This is our sixth year as a member and there are lots of different benefits. We regularly use their free webinars, attend the annual conference and we really feel the benefit from the information sharing and networking.

“Any time you want to run a simple idea by the team at Learnovate, you get a quick answer and the detailed research papers add an extra level to the service Learnovate offers,” says Peter.

Co-founder and co-owner of Logicearth, Peter Carlin has been a learning professional since 2000, delivering innovative, modern and complex solutions across many blue-chip organisations. His background was in logistics and then in IT Training with BIC Systems, one of the largest IT services groups in Northern Ireland, which was active in both the public and private sectors. When the company was bought by BT Northern Ireland in 2004, Peter drove the communications, technology and training side of BT’s business. He was running training courses all over Ireland and across the globe before setting up Logicearth Learning Services with colleague Paul McKay in 2009.

It was the fragmentation of the learning industry that gave Peter Carlin and Paul McKay the idea to set up Logicearth Learning Services – a company that offers a full range of eLearning services to the corporate world in a down-to-earth, practical way. Set up in order to embrace the digital learning revolution, Logicearth is a global leader in the provision of high-impact, low-cost digital learning solutions – priding themselves in making learning easy. Based in both Belfast and Dublin, Logicearth is an all-island company that has been growing steadily since it was established in 2009, with 25 staff currently. In 2020, Logicearth was acquired by The Creative Engagement Group and is predicting significant growth over the short to medium-term with plans to create a base in the US.

NEXT: Read The Radii Case Study