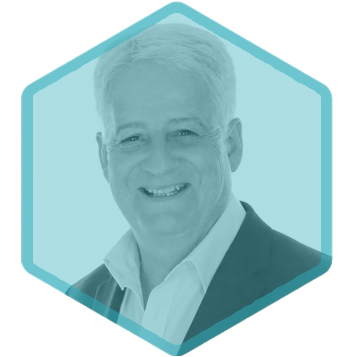 Francis McKeagney is an eLearning pioneer with a track record of innovation and commercial success. He has worked extensively in the United States as well as in Europe.

Prior to joining Hibernia College, Fran was Chief Commercial Officer for Technology with Intuition Publishing. He joined Intuition after acquisition of his previous company, InnerWorkings. In his role, he created and launched a number of products, particularly focusing the company on the increasingly important area of cybersecurity. He also created a number of strategic industry partnerships to support Intuition in their entry into this sector.

Prior to Intuition, Fran founded InnerWorkings with a number of colleagues from CBT Systems/SmartForce and Intel. The company focused on performance-based training for professional software developers by creating a unique hands-on methodology with realtime code judging and performance analytics embedded within the Developer’s IDE. Fran spearheaded a partnership with Microsoft who used it extensively, both internally and within its partner ecosystem. The approach also underpinned a three-way partnership between InnerWorkings, HP and the Software Engineering Institute at Carnegie-Mellon University in Pittsburgh.

Before InnerWorkings, Francis spent 12 years with CBT Systems in Ireland and the United States. The company was the first Irish technology company go public when it IPOed on NASDAQ. During his time there, Francis had different positions, culminating in his role of EVP of R&D with responsibility for the global R&D organization of 650 people in 5 countries. Before the IPO, Fran moved from Dublin to San Francisco where he remained for 10 years.

Francis graduated from TCD with a degree in Experimental Physics. He has also studied at Maynooth University, The Peace Research Institute in Oslo and at Stanford University in California.