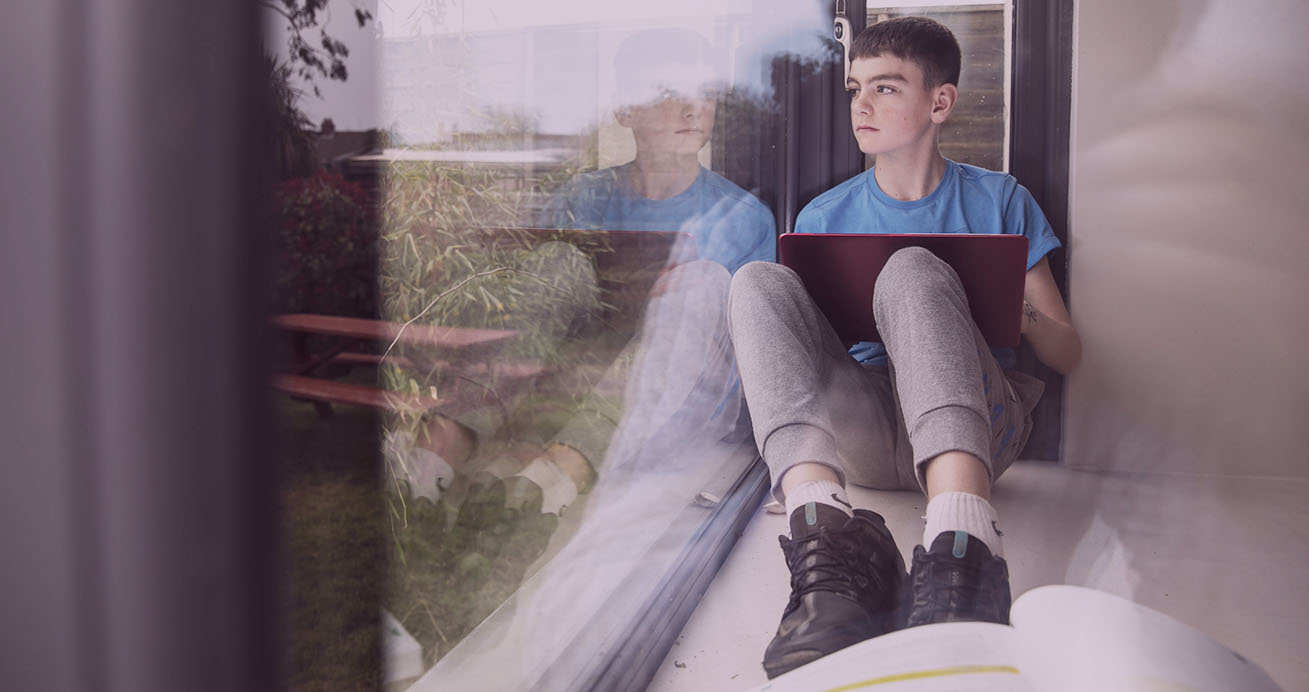 Advances in learning technology means that, during the current Covid-19 pandemic, teachers and students are well prepared to continue their learning journeys at home.

However, being able to use technology to connect with students and set work for them is one thing; motivating them to do this work is another matter altogether.

Second-level teachers are finding that the uncertainty over the state exams, which has still not been addressed, is adding to the general anxiety being felt by students during this unsettling time for everyone. This is leading to students finding it hard to concentrate and becoming demotivated.

As experts in learning technologies, The Learnovate Centre spoke to some second-level schools across the country last week to see how they were adapting to online learning.  We also asked them how they were coping with the issue of motivating students who are trying to study in such uncertain circumstances.

Some teachers, who did not want to be named, spoke about how many of the stronger students were deflated by 100pc marks given to everyone for the oral exams. They also stressed that they might be marked harder in the written exams in order to average out the marks.

Other students in subjects such as art and music who have projects to be completed were concerned that they may not have time for whatever deadlines are set.

Teachers raised the issue of the poor level of broadband in some areas of the country which could affect students accessing the learning technology tools, which could lead to de-motivation. There was also concerns as to whether or not some students were able to concentrate at home especially if a parent had lost their job or if they were being expected to look after younger siblings while their parents were at work.

Michael Rooney, Deputy Principal at Coola Post Primary School in Co. Sligo, says the technology that the school has embraced over the last number of years has meant that the transition to working from home has been made easier.

However, as work is set by teachers, it’s important for students to not get overwhelmed or demotivated.

“We have decided that teachers should generally contact students during the time allocated for them on the existing timetable. This allows students to know that during specific times, they can concentrate on certain subjects, without interruption. It also allows them to take breaks at specific times,” says Michael.

As teachers, we are giving them achievable targets — generally no more than three or four pieces of work per subject per week — so they can complete the work to the best of their abilities and stay motivated.”

At Coola, all teachers and students are working on Microsoft 365 and are connected on Microsoft Teams. This, they find, motivates each other – even the teachers, many of whom are trying to work from home and mind children of their own.

“When I log on and see activity on Teams, it gives me a boost and motivates me in my work. Also, I want to keep up with the students who are always a couple of steps ahead with the technology!”

Every student has their own email address and they have access to Teams, One Note and SharePoint and we have set up various Teams for the different subjects. Students can work offline as well and take pictures of their work and upload them to limit their time in front of screens. They all have the app on their phones.

Michael says that because the teachers and students are all fluent on the Microsoft systems — as part of Mayo, Sligo, Leitrim Education and Training Board, Coola recently received training — this has led to an increase in motivation and engagement.

“I can see — even over the time since the school closed – how as everyone is getting more comfortable with the equipment and the platforms, this is helping motivate them further.” 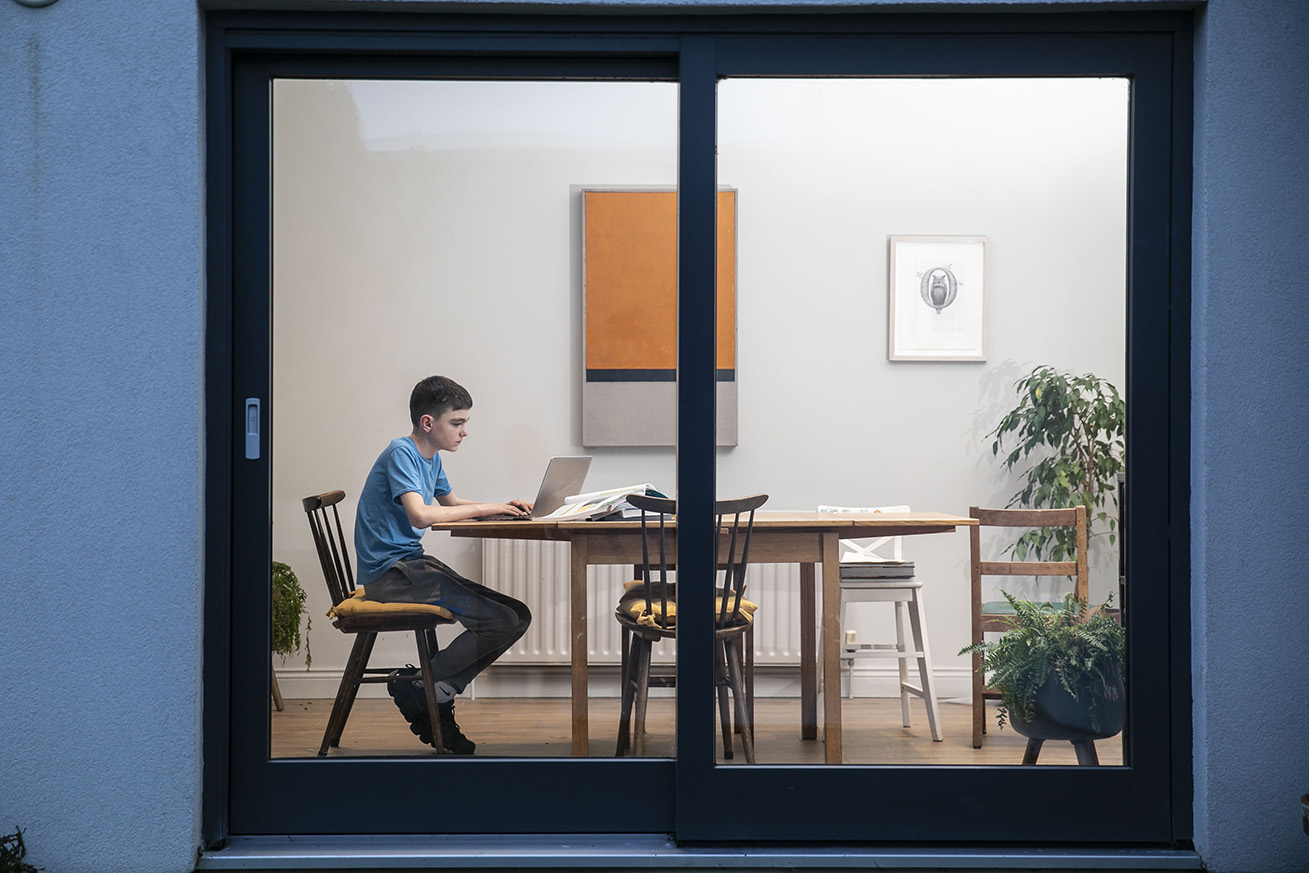 Ryan O’Neill a 1st year student is photographed remotely learning with his school Terenure College from his home in Churchtown, Dublin. He was pictured as EdTech experts The Learnovate Centre, based at Trinity College Dublin, spoke to teachers around the country to see how they were adapting to remote teaching – and keeping their students motivated.

At Stepaside Educate Together Secondary School in Dublin, Deputy Principal Colin Doyle says the leap to working from home has not been too great for his students.

“We had already made the decision not to use text books so all out students were already working online. We put an emphasis on enquiry-based learning where teachers pose problems and students solve them while understanding the real world applications of them,” says Colin.

Teachers and students are also using the Microsoft Office suite to stay connected and all of their resources were already online so the students have easy access to them all. They are using conference calls and live streaming to give instructions and students, who all have school email addresses, can email queries to their teachers.

However, the school is not sticking to the existing timetable; instead feeling a more fluid approach is better to allow students to contact teachers at whatever time is right for them. The teachers upload resources, materials and work for the students and they can access the materials at their preferred time and speed.

“We are aware that a lot of students are going through a very tough time. They might have parents who have lost their jobs or they might be minding younger children while their parents work so we are mindful of that and are giving them flexibility,” says Colin. “However, we are being strict on deadlines for submissions of work to ensure they keep on top of it.”

“It can be hard to motivate students when the teacher is not physically in the room with them and their parents might not be at home. But we are ensuring that the student feels a strong connection to the school. We have put a system in place where students are awarded online points for engagement and this can be seen by themselves, their year heads and their parents. We have found this helps motivate them further.”

Colin agrees that the uncertainty over the state exams is definitely affecting morale. “They feel overwhelmed and don’t know if the study they are doing is for nothing. There are so many rumours swirling around and this is causing anxiety.”

The advice from The Learnovate Centre on how teachers — and parents —  can motivate students is to ensure they stimulate students’ curiosity, that the students realise the relevance of what they are learning, have the confidence that they can succeed and feel good about the work they are going.

“At times of uncertainty and distraction the ability to focus on schoolwork can be difficult. It can appear ‘not worth it’, so if we want to bring the focus back on to school work, what can we do? One valuable approach parents and teachers can take is to leverage the work done by Professor John Keller from Florida State University.”

Keller’s ARCS theory on motivational design for instruction talks about four distinct areas we can look at to try motivate students. ARCS is an acronym for Attention, Relevance, Confidence and Satisfaction.

“We probably all feel we do this already to some extent but having a framework to work to can really support teacher and parent efforts. This is not a step-by-step model; you look at the lesson in hand and identify where opportunities arise to include elements of ARCS. The model can apply to the development of course exercises and to support messages or nudges that can be sent using technology and where possible personalised.”

Demonstrating the Business Value of L&D

Learnovate has published a report on how to show the business value of learning and development. The report will help you undertand how to start to move forward and experiment with delivering business value metrics. The report contains case studies of organisations in Ireland currently showing business value, academic throughts in the area and the L&D industry association’s views.

This research report is a Learnovate core research project funded by Enterprise Ireland and IDA Ireland.

Funded by Enterprise Ireland and IDA Ireland, Learnovate’s industry-led collaborative research is undertaken for the collective benefit of the Irish learning technology industry. Complete the form below to request access.

Perspectives on digital teaching and learning
Scroll to top